At the first General Meeting at The Swan Inn, Kingsdown on 28th February 1880 Kingsdown G.C. was founded but it soon became apparent that its location was inconvenient for Bath residents and visitors arriving by train..

A separate course was opened on land known as The Warren on Bath’s Hampton Down, situated within a mile of the city centre. Initially only 9 holes were possible, with greens protected by fencing to keep off grazing animals. 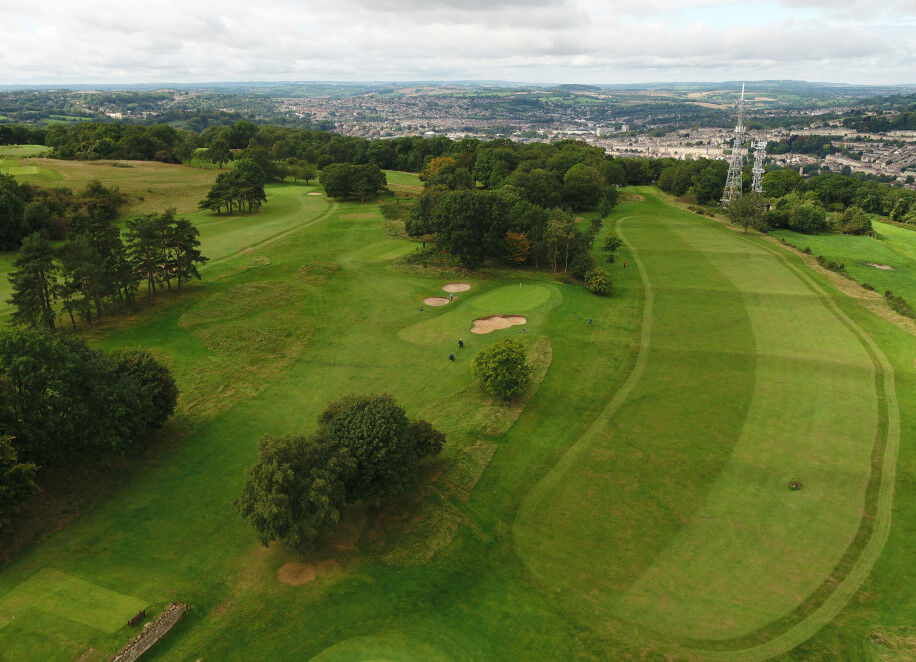 One of the two oldest golf clubs in South West England after Royal North Devon, Bath Golf Club shares its earliest history with Kingsdown Golf Club, a few miles to the east of the city.

In March 1883 the club name was changed to the Bath and Kingsdown Golf Club and this continued until February 1890 when a further alteration was made to Bath Golf Club reflecting that the Kingsdown course had become a separate organisation.

By 1883, the course had been extended to 18 holes by renting further land on the Warren having taken advice from Tom Dunn who was at the time the Professional of Tooting Bec Golf Club near London. The ladies of Bath enjoyed their own separate course at Hampton Down situated on land to the north of the present 1st, 2nd, 3rd and 5th holes. The very best ladies were also allowed to play on the gentlemen’s course provided they had a handicap of 6 or better!

In October 1902, Harry Vardon and J. H. Taylor played an exhibition match at the Club which was well attended by spectators. In the morning round, against a par of 73, Vardon scored 66 to Taylor’s 74. In the afternoon, both players shot 70. The Club made a profit of £3 12s 9d from the match!

Subsequently, in March 1906, Taylor was invited to make recommendations to lengthen the course and increase the hazards. The changes involved encroachment upon the ladies course for which they were compensated. Further improvements were made to the course in 1913 acting upon the advice of James Braid. After a ‘false start’ in 1917, it was not until 1920 that ladies were finally admitted to Bath Golf Club.

In 1921, the club managed to raise the finance to buy the freehold of the course for £4000. James Braid made another advisory visit to Bath in 1928 when the Club needed help in changing the layout following the purchase of land by Bath City Council to construct a new reservoir on the course. In 1937, the Club was able to afford to engage Harry Colt (a former pupil at Monkton Combe School) at a cost of £600 to advise on a major redesign of the course including the construction of the current 10th and 11th holes. This layout has largely remained to the present day apart from modifications to the 1st and 6th holes.

The 1928 clubhouse, now housing the changing rooms and staff accommodation, was replaced with the present Clubhouse which was opened by the Mayor of Bath on Saturday 20th February 1971.

The Sham Castle, after which the Club is often known colloquially and from which its logo is derived, was constructed in 1762 at the behest of local philanthropist and quarry owner, Ralph Allen. Visible from his ‘town house’ it served to display the beauty of Bath stone.

The Archaeology of Bathampton Down

Bathampton Down, where the golf course is situated, is an extremely rich historical and archaeological landscape. Some of the prehistoric earthworks can still be seen clearly and provide useful distance markers.

The earliest known earthworks are a number of Bronze Age round barrows, dating from about 2000 BC. Sadly most have been so eroded that they are difficult to recognise, a far cry from the time when they would have been easily visible from a long distance. The most extensive monument on the Down is the ancient field system, often known as Celtic fields. These are unusually well preserved and cover much of the Down. The field boundaries, probably dating from the Bronze, Iron and Romano-British ages, divide the Down into fields of about one acre. They show that agriculture, both for animals and cereals, was intense and of huge importance to our ancestors. The field boundaries are quite distinct in places, for example on the 3rd fairway, and some labelled as banks or ridges on the course planner.

There is a large Iron Age hilltop enclosure on the Down. This has previously been called a “camp” or “fort”, and even part of the Wansdyke. The deep ditch and high bank have been eroded with time, but are still obvious in places, for example in front of the 9th tee, and on the right hand side of the 17th fairway. The enclosure probably had many uses, including seasonal communal gatherings, which involved cattle exchange, as well as Celtic hospitality with feasting and drinking.

There is evidence of a small Roman villa on the edge of the Down, outside the golf course, and there are also a number of medieval pillow mounds on the golf course. These are long earth mounds used to encourage the breeding of rabbits.

And finally there is the quarrying of Bath stone. From Roman times to its heyday in the 18th century the Down has been one of the sources for this beautiful “warm, honey-coloured” stone, one of the best building stones in the country. One disused quarry is a large hazard in front of the white tees on the 14th hole, while on the golf course itself there are very many bomb-like craters which are the remains of indiscriminate surface quarrying. 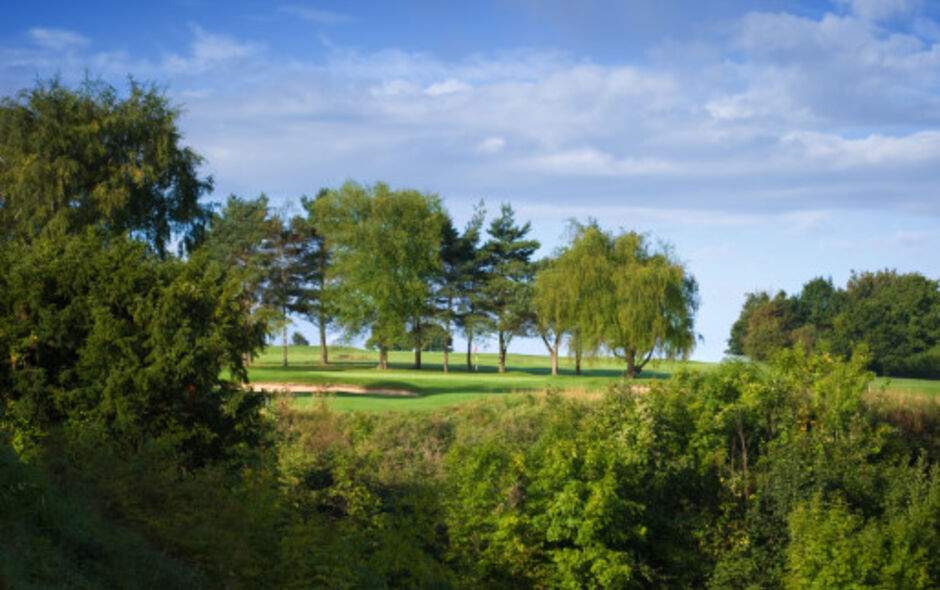 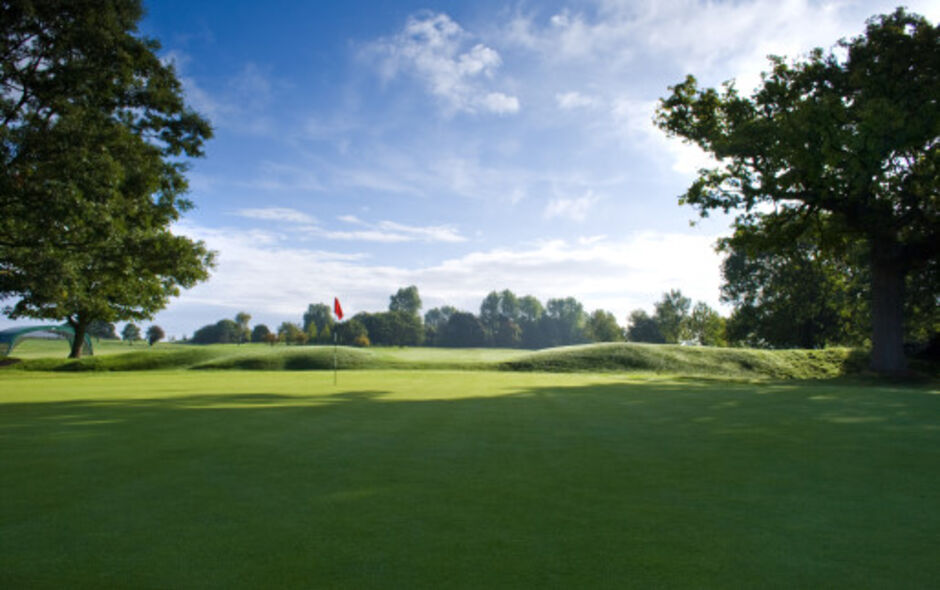